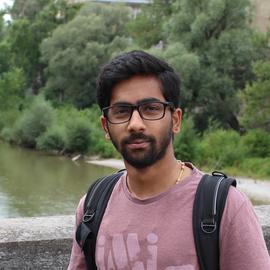 I am a postdoctoral researcher in cosmology working in the ByoPiC group at Universite Paris-Saclay. I work mainly on understanding the non-linearities of the large-scale structures of our Universe. My primary research interests are the `redshift space distortions' (RSD) effect, and the kinetic Sunyaev-Zel’dovich (kSZ) effect. 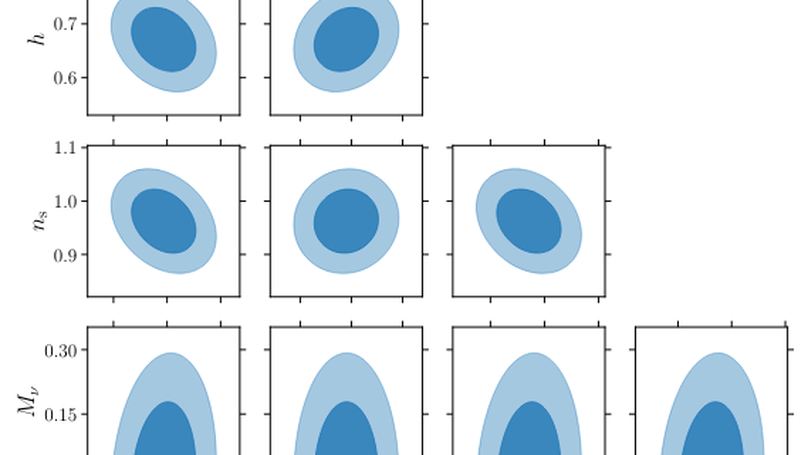 Cosmology with the kinetic Sunyaev-Zeldovich effect: Independent of the optical depth and sigma 8

The cosmological constraints from the kinetic Sunyaev–Zeldovich experiments are degenerate with the optical depth measurement, which is commonly known as the optical-depth degeneracy. In this work, we introduce a new statistic based on the first moment of relative velocity between pairs in a triplet, which is capable of constraining cosmological parameters independent of the optical depth, and sigma 8. Using 22,000 $N$-body simulations from the Quijote suite, we quantify the information content in the new statistic using Fisher matrix forecast. We find that it is able to obtain strong constraints on the cosmological parameters, particularly on the summed neutrino mass. The constraints have a factor of 6.2–12.9, and 2.3–5.7 improvement on all cosmological model parameters when compared to those obtained from the mean pairwise velocity, and the redshift-space halo power spectrum, respectively. Thus the new statistic paves a way forward to constrain cosmological parameters independent of the optical depth and sigma 8 using data from future kinetic Sunyaev–Zeldovich experiments alone. 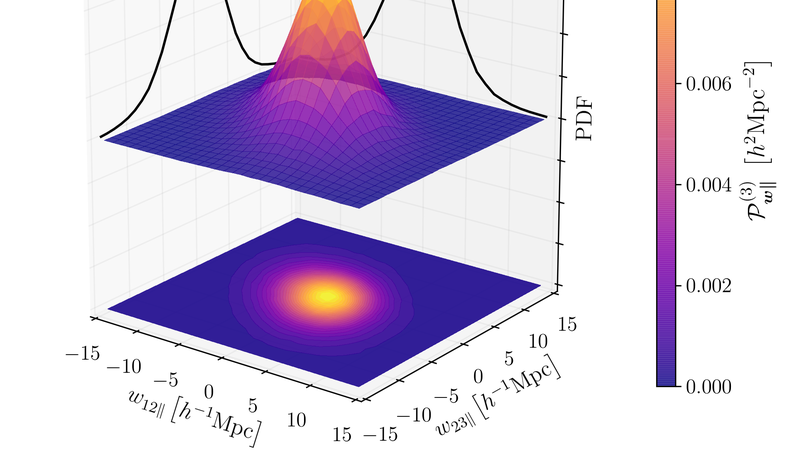 Starting from first principles, we derive the fundamental equations that relate the $n$-point correlation functions in real and redshift space. Our result generalises the so-called `streaming model' to higher-order statistics - the full $n$-point correlation in redshift-space is obtained as an integral of its real-space counterpart times the joint probability density of $n-1$ relative line-of-sight peculiar velocities. Equations for the connected $n$-point correlation functions are obtained by recursively applying the generalised streaming model for decreasing $n$. Our results are exact within the distant-observer approximation and completely independent of the nature of the tracers for which the correlations are evaluated. Focusing on 3-point statistics, we use an $N$-body simulation to study the joint probability density function of the relative line-of-sight velocities of pairs of particles in a triplet. On large scales, we find that this distribution is approximately Gaussian and that its moments can be accurately computed with standard perturbation theory. We use this information to formulate a phenomenological 3-point Gaussian streaming model. A practical implementation is obtained by using perturbation theory at leading order to approximate several statistics in real space. In spite of this simplification, the resulting predictions for the matter 3-point correlation function in redshift space are in rather good agreement with measurements performed in the simulation. We discuss the limitations of the simplified model and suggest a number of possible improvements. Our results find direct applications in the analysis of galaxy clustering but also set the basis for studying 3-point statistics with future peculiar-velocity surveys and experiments based on the kinetic Sunyaev-Zel’dovich effect.

Joseph Kuruvilla, Cristiano Porciani (2018). On the streaming model for redshift-space distortions. In MNRAS.